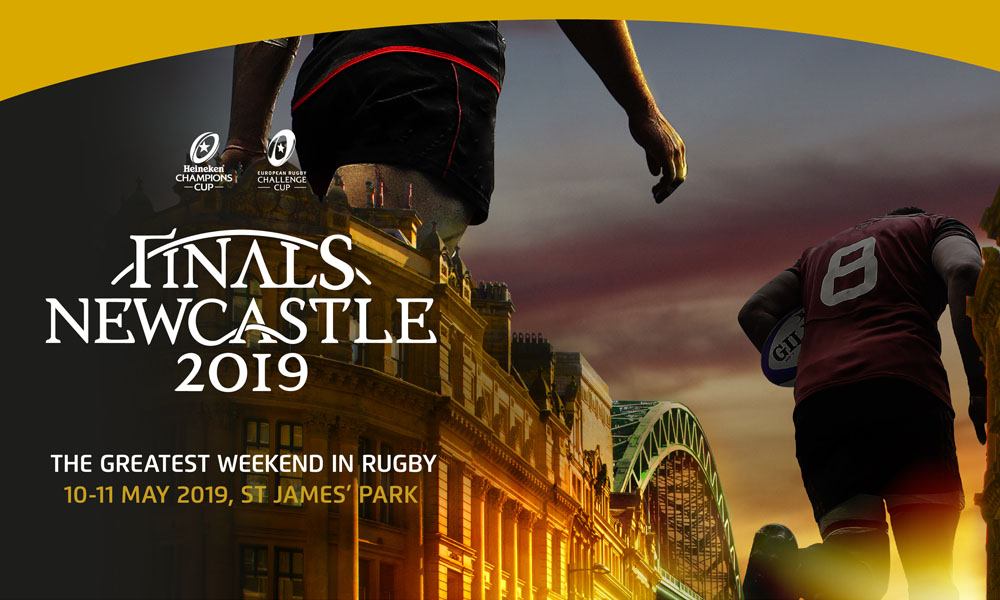 St James Park will host one of the greatest rugby weekends as it European Rugby Challenge Cup final and Heineken Champions Cup go down on Friday and Saturday respectively. All hardened rugby fans are looking forward to the promise of pulsating action at Newcastle. The streets of the city are likely to host thousands of supporters and catch a glimpse of the most prominent rugby personalities across Europe. Here is a preview of the two finals taking place this weekend and everything else you need to know if planning a trip to Newcastle.

The final between Leinster Rugby, the last season’s Champions Cup winners against Saracens is expected to be a brutal one. Most rugby analysts do not agree in many things rugby, but agree that, when these two most consistent rugby teams in Europe meet, it will be a question of who will be the first among the equals. The musclemen are remorseless with each side fighting immovable rock objects as rivals.

Leinster have been on an upward trend for the last ten years after taking the Munster’s seat as the undoubted top dogs in rugby. Their push to the finals has been dramatic, having beaten the four-time Heineken Cup winners Toulouse two times consecutively. On the other hand, Saracens are one of the hardest to beat rugby teams in various matches across Europe. They have managed to overcome such giants as Exeter, Munster and Newcastle in several campaigns and championships. Also, they have won all their eight European matches this season. In this final, they plan to out the defending champions for a chance to glory too. Saracens will have the help of Prop Mako Vunipola, who has won two awards but was not around during the quarterfinals.

The European Challenge finals are the second tier of the continental rugby season in Europe. The 2019 finals will be an all-French affair. Clermont will be fighting for their 14th title in their history of rugby. They have taken the Challenge Cup before and are best placed to take the cup. They were the top scorers during the pool stage and had the best scorer- Peter Betham.

On the other hand, La Rochelle has had a decent form that only gets better with time in this season. However, this is their first shot at the European Challenge Cup. Do not put them off as yet. They boast of Ihaia West, their top scorer who has been a top scorer in the season’s Top 14 and superb scorer in the Challenge Cup. They might as well turn the tables against the favourites.

It’s back to the Gallagher Premiership with round 20 this weekend after the pulsating European semi-finals last week. There are […]